It’s all Magic in Bergvliet

Western Cape teen battle of the wands returns to Cape Town this September! 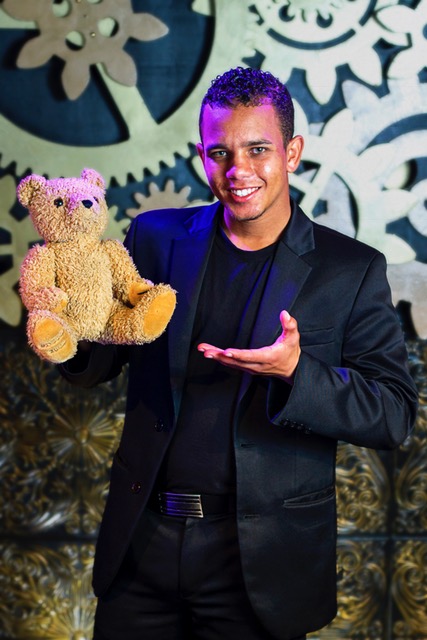 This is it! The ultimate teen battle of the wands – the 2017 Western Cape Junior Magician Championships – will see the province’s most talented young illusionists compete for top honours and the titles, at Bergvliet High School on Saturday 23 September 2017.Image credit: Andrew Klazinga

Hosted annually by the College of Magic, Cape Town’s only magical arts organisation, the Championships will see ten of the province’s most promising young wizards go wand to wand in two thrilling contests for the Western Cape Junior Magician title and the opportunity to attend international magical events.

It is every teenage wunderkind for his or herself as they prepare to wow a judging panel of entertainment veterans and the audience with their competing acts in the dexterous art of Close-Up magic and stunning illusions of Stage magic.

While the judges deliberate about winners for the Close-Up and Stage magic events at 4pm and 7pm, audience members can enjoy the not-to-be-missed Street Magic Contest. The contest sees mischievous buskers perform their marvellous coin magic, card tricks and balloon modeling up close for fans who can then vote, via ballot paper, for their 2017 Street Magic Champion.
in addition to the exciting wizardry contests, audiences can look forward to a special guest performance by Bryan Miles, a master of the wicked manipulation of the mind and a performer who is trained in the art of thought deception. Bryan has performed across the globe, from London to Los Angeles, for movie stars and celebrities. His ground-breaking primetime SABC TV series, ‘One Day with Bryan Miles’ has had South Africans across the country questioning what is possible and what is not.
Championships’ audiences can look forward to Miles’ mindblowing perfomance that will keep them questioning the potential of the human mind!

Celebrating its 37th year of teaching the art of magic and its allied arts as well as vital life-skills to children and adults in 2017, the College of Magic, a non-profit organisation and the only one of its kind in the world, has proudly hosted the Championships for more than three decades:

“It is an incredible honour to host the Championships, one of the most highly anticipated magical events of the year, once again. A family- friendly event of this nature not only prepares our contestants for competing in the professional magical world but it also gives magic fanatics a taste of astonishing entertainment they won’t soon forget!”, says David Gore, director of the College of Magic.

Be a spectator at the ultimate teenage magical battle of the year:

An entertaining afternoon/evening of magical showmanship awaits spectators at the Western Cape Junior Magician Championships at Bergvliet High School on Saturday 23 September 2017! Tickets for the Championships start from R100 and are available at www.collegeofmagic.com/tickets. Book yours TODAY!

For more information about the Championships and the College of Magic, please visit www.collegeofmagic.com or call +27(0)21 683 5480.

Make your property problems dissapear like magic!  This community notice is brought to you by Cecily Madison your Chas Everitt International local area specialist for Bergvliet, Meadowridge, Kreuplebosch.  www.CEI.co.za