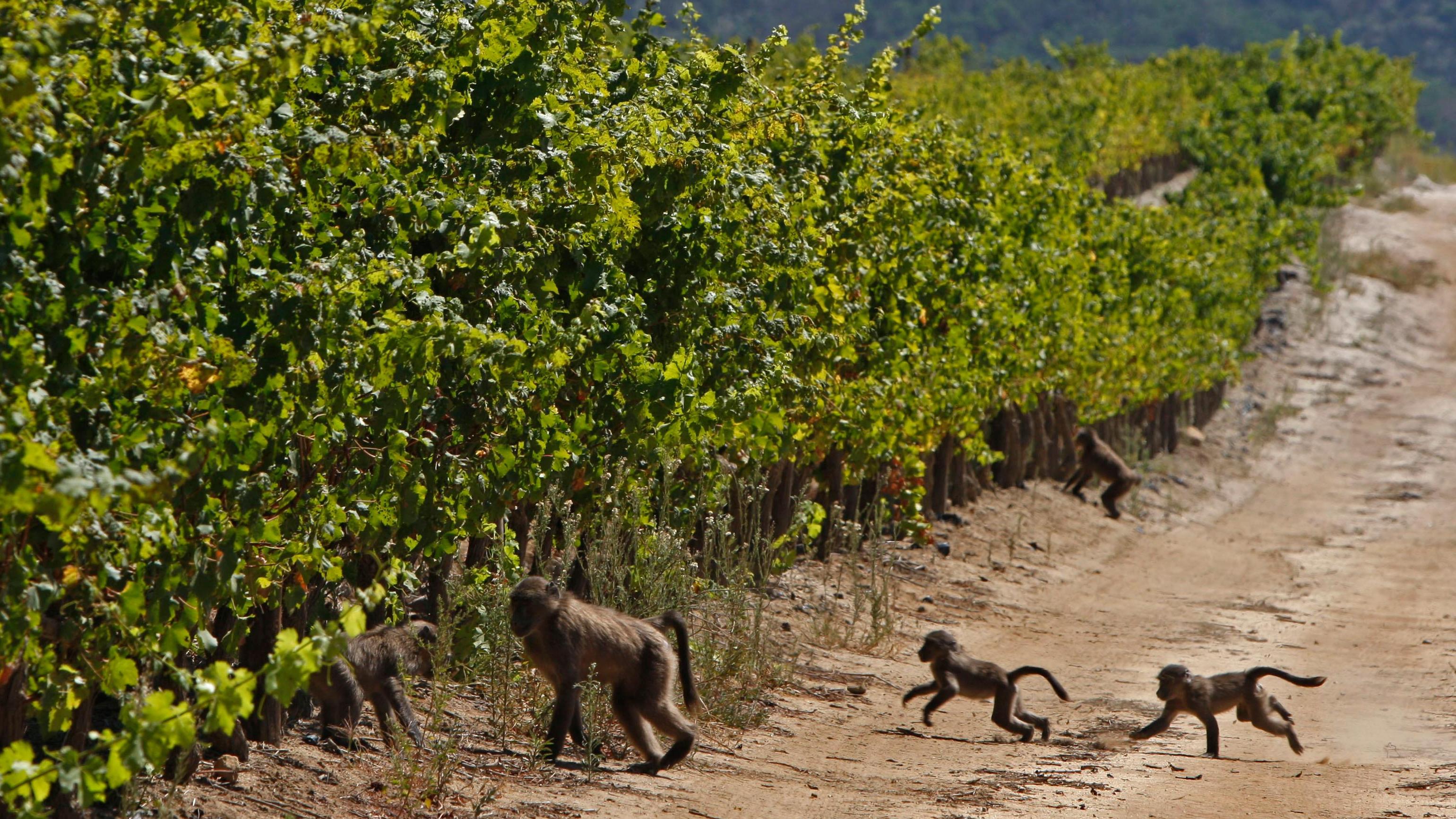 A primate murder mystery puts one of South Africa’s best-known wine estates on the spot.

Klein Constantia on the slopes of the Constantiaberg in Cape Town, is one of South Africa’s most famously “green” wine estates. A WWF Conservation Champion, it touts its environmentalism widely. A 2015 book titled The Wine Kingdom – Celebrating Conservation in the Cape Winelands claims that it has “extensive soil erosion plans” and aims to build a cellar “that will be powered by solar energy”. It mentions that Klein Constantia “has also experienced serious damage to their crops caused by baboons, but today most of this problem is taken care of by using baboon monitors during harvest”.