Meadowridge Common is a small protected area of approximately 8 hectares – a valuable remnant of the critically endangered Cape Flats sand fynbos. It contains as many as 137 different flowering plant species, of which four are listed as endangered. These plants are representative of the almost 600 species that were collected by Dr William Frederick Purcell on the Bergvliet Farm between 1914 and 1919, and this collection can today be viewed in the Compton Herbarium at Kirstenbosch National Botanical Garden.

Floral displays are at their best in spring, from September to October, and a number of insects, birds and amphibians, including the endangered Cape rain frog, have been observed. Meadowridge Common is managed by the City of Cape Town, with the help of the Friends of Meadowridge Common. Due to its small size, isolated location and low numbers of some plants species, the risk of extinction is high. The invasion of kikuyu grass, and annual weeds, together with a lack of natural fires, suppress the natural vegetation. Other problems are uncontrolled dogs and soil that was dumped on the site over 20 years ago. 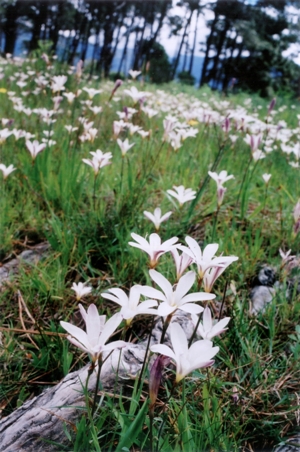