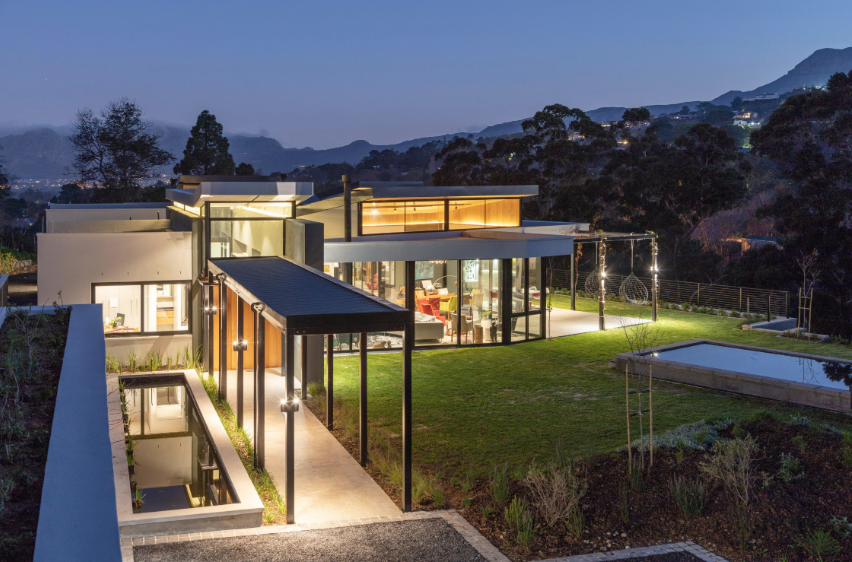 Despite the recent slowdown in home sales in Cape Town which has seen many real estate companies scale down their operations, Chas Everitt International franchisees are investing in new offices in the metro in anticipation of a substantial turnaround in the not-too-distant future.

One of these is the new high-visibility operation in Constantia Village, at the heart of a plush heritage area that has been particularly hard-hit over the past 18 months by emigration, the stagnant economy and a decline in the number of upcountry and foreign purchasers.

“This will further strengthen our strong position and interest in Constantiaberg area where we already have offices in Tokai and Bergvliet,” says Chas Everitt Constantia principal Sally Gracie, “and will be used to expand our penetration of the upmarket belt along the mountain slopes from Constantia and Bishopscourt to Newlands.

Home prices here, as in many other areas known for their high-end real estate, have tumbled by as much as 30% as demand dried up, but well-heeled buyers are now beginning to see the opportunities inherent in this situation, she says, and sales are set to improve significantly in the coming summer “season”

“It also doesn’t hurt that we’ve had very good rains this winter which have filled up our dams and put an end to the drought and the threat of Day Zero which hung over Cape town for so long.”

Gracie says there has been a very positive response to the new office, with lots of walk-in custom from both local sellers and buyers interested in listings in this area. It has also prompted enquiries from several top local estate agents keen to join the group.

“We have exclusive mandates to sell some exceptional properties in Constantia (see photos) and Newlands and in the few weeks that we’ve been open have already made our first sales. We will shortly also have a team operating in Claremont.”

Meanwhile, the Ballan Group, which owns the Chas Everitt International franchises in George, Knysna and Sedgefield, has just opened a trendy new office in Bloubergrand on Cape Town’s west coast, under the leadership of sales manager Leonard Coetzee.

Named Chas Everitt Blouberg Metro, it covers a huge area – including Melkbosstrand, Table View, Parkland, Parklands North and Blouberg – that is generating well over 2000 home sales a year worth a total of at least R4,3bn, despite the current oversupply of new developments that is keeping a lid on prices.

“This part of Cape Town has become increasingly popular with local buyers over the past few years because it offers lower prices, a great beach lifestyle, excellent private schools and easy access to the city via public transport. Many people relocating to Cape Town from Gauteng and other inland provinces have also chosen to live here because of its relative affordability compared to the rest of the metro,” he says.

“It also appeals to a very broad spectrum of buyers, with apartment prices starting from around R750 000, home prices generally ranging from around R1,6m up to about R7,5m and exceptional beachfront properties going for as much as R25m. And we believe it is set for a significant revival within the next few months.”

As it is, he notes, the office has also notched up several sales in the few weeks it has been open and plans to have a total of at least 15 sales agents in the field by the end of the year.