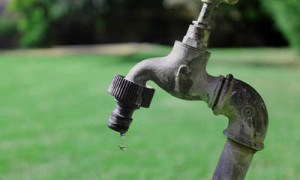 The City of Cape Town’s mayoral committee has approved the implementation of level 2 water restrictions.

The proposal will be deliberated at a council meeting on 10 December. The city imposes level 1 restrictions, which is a 10 percent saving at all times.

The City of Cape Town says the water restriction proposal comes because dam levels are about 15 percent lower than the norm for this time of year.

Level 2 restrictions equate to a 20 percent saving. That means residents could pay more for water.

The city says if customers reduce consumption by 10 percent, their bill should remain similar. However, if consumption stays the same, residents can expect to pay more for water if the proposal is approved by council.

Free allocations will not be affected.

LEVEL 2 RESTRICTIONS: WHAT IT MEANS FOR YOU

– Residents may not water or irrigate their gardens between 6am and 6pm or fill up their swimming pools.

– Hose pipes may also not be used to wash cars or paved areas.

– Although water will still be available around the clock, pressure in the city’s taps will be reduced.

– If the situation worsens, more restrictions will be imposed, including supply cuts.